As December Falls are a four-piece, loud, unapologetic pop-punk/emo group from Nottingham, UK. Songs littered with massive hooks and emo vibes, As December Falls are the pop-punk band you’ve been missing. One of the hottest underground bands right now led by the distinctive frontwoman Bethany Curtis. As a completely independent band, joining their movement is more about family than a fan base.

As KERRANG! writes: “A loud band with a big future”. Their first album from 2019 was a great success and was accompanied by a sold-out tour. During the pandemic, they worked hard to present their second album, Happier. After having a succesfull show at this year’s Rock for People, As December Falls are coming back to the Czech Republic! Club show in Prague’s Café V lese will take place on November, 9, 2022.

Tickets are on sale in the GoOut sales network.

“If you’re in the market for contagious, air-punching rock fueled by glittering riffs and heavenly vocals, As December Falls are the ones for you.” ALT PRESS 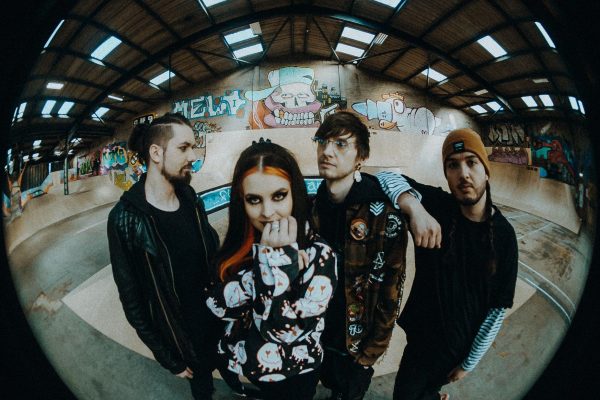