Due to the continuing uncertainty and the still unclear progression of the situation regarding Covid-19, Bloodywood have made a difficult decision to reschedule the upcoming tour including Prague show. New date of the Prague show is MArch 14, 2023 in Rock Café.
Tickets stay valid for the new date and there’s no need to exchange them. Ticket sale continues in the GoOut network.
We apologize for the inconvenience and thank you for your understanding.

Metal from India? Why not! Bloodywood first started creating metal covers of well-known pop songs, but over time they also worked their way up to their own work, with which they are currently embarking on a tour.

In 2016, guitarist Karan Katiyar quit a job at a law firm, and together with Jayant Bhadula he first formed a two-member band with a simple intention – “to destroy pop songs”. They became known to music media such as Metal Hammer or Loudwire a year later with their cover version of the Linkin Park’s hit Heavy with the comment “how Linkin Park’s Heavy was originally supposed to sound”. Cheeky? Definitely. But the desired success and attention were brought to the band.

In addition to making music, the band also focuses on charity projects focusing on social issues, where they try to help in various ways.

Bio:
Bloodywood is an Indian Folk Metal Band from New Delhi. Expect to hear an unprecedented blend of metal, Indian instruments such as the flute and the Dhol drum as well as meaningful yet unforgiving rap verses. After exploding across the internet in 2018 the band announced themselves on the live scene with their 2019 Raj Against the Machine Tour of Europe selling out 12/15 shows and performing at The Wacken Open Air. They are currently building up to the release of their highly anticipated debut album and will be back with a vengeance in 2022 with their “Rakshak” European Tour. 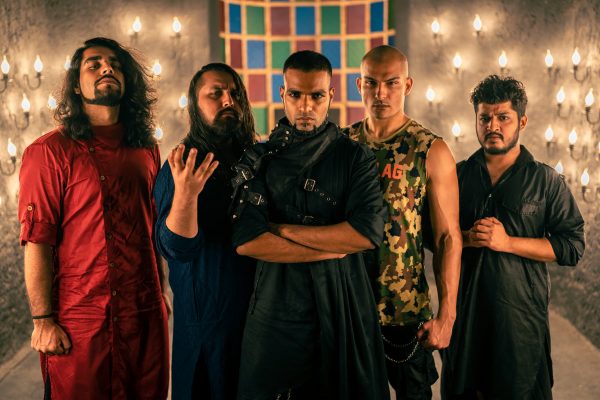