Starting 16 February 2022 De Staat will be out on the road again, travelling through the UK and mainland Europe to play ten dates.

Despite COVID-19, the past 12 months have definitely kept the band from Nijmegen, The Netherlands, in the spotlight. In the fall of 2020 Sackboy : A Big Adventure was been released for PlayStation, with their signature track Kitty Kitty as part of the soundtrack. In January 2021 that same track was used for the Golden Globe-winner I Care A Lot, with actress Rosamund Pike. And last month Dutch radio station 3FM awarded ‘Witch Doctor’ the winner of their Festival Top 999 for the third year in a row.  A month before that De Staat won the very first KINK Icon Prize.

De Staat have already teased through their socials that they will be releasing new songs ‘soon’; the exact release dates have not been announced yet by their label Virgin Music.

“I know our music goes all over the place,” laughs De Staat vocalist, lyricist and rhythm guitarist Torre Florim. “You don’t even want to know how often we’ve heard from the industry, ‘We can’t place you in any box!’ I’m sorry, but we can’t do anything else – to me, this is exactly what we need to do…. This is our first proper tour since 2019, so we couldn‘t be more stoked to get on stage. Just not possible. We got new songs, new suits and pale skin. Polished up and ready to go. That combined with us bringing two years worth of built up adrenaline, this might get dangerous, haha.’’

De Staat are a rock band opening the floodgates to an intoxicating, even dizzying, array of genres, which is not particularly unusual for them. It’s been woven into their DNA since day one. First envisioned by Torre in 2006 as something of a challenge to himself – before there was a group, there was a one-man project in Nijmegen, Holland. “I was making so much music, all different kinds,” grins Torre. “I just wanted to see if I could make something that sounded like one thing!” Having wrangled said sounds together, that ‘one thing’ would soon become known as De Staat – translated as ‘The State’ – and their 2009 debut, Wait For Evolution. With a line-up completed by lead guitarist Vedran Mircetic, bassist Jop van Summeren, multi-instrumentalist Rocco Hueting and drummer Tim van Delft, De Staat have achieved remarkable things since those fledgling days. Across three more colourful albums, 2011’s Machinery, 2013’s I_Con and 2016’s O, De Staat have established a chameleonic brand of rock that is wholly their own – a band who cite the influence of everyone from Talking Heads, Rihanna, and Nine Inch Nails to Radiohead, Michael Jackson, Run-DMC and Soulwax. In 2018 they have released their last album, Bubble Gum, whose tour grande finale climaxed with at headline set at Lowlands Festival in August 2019, where they were asked to replace Prodigy. 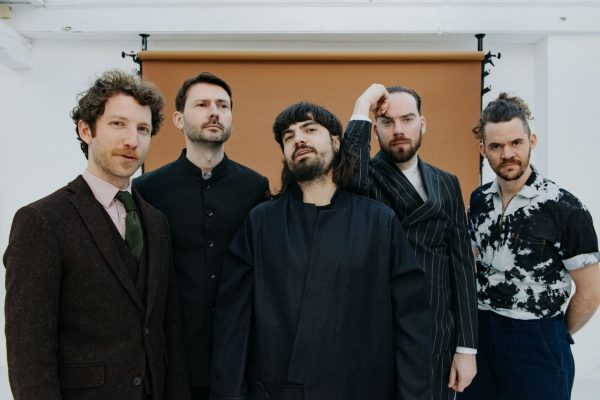