GIRLI is coming back to the Czech Republic!

“If you describe something as ‘girly’, it’s not necessarily the strongest,” says 24-year-old Milly Toomey. “It’s kind of derogatory. I wanted to take that back, and be like, Why? I wanted to make pink punk again, and reclaim the word ‘girl’.” That feminist impulse has driven the defiant, brash electro-pop music Milly has made under the name GIRLI since she was a teenager in 2016, earning her plaudits from the Guardian, NME, and i-D, for hit singles like “Hot Mess” and her 2019 debut album, Odd One Out.

Along the way, she crafted a persona for herself that was as hard as the word ‘girl’ is soft: “I built this thing up as GIRLI, like, ‘I don’t give a fuck what anyone thinks’. But actually at that time, I really did. Figuring that out, and learning that it was okay to be vulnerable, was so big for me.”

It was only after losing her record deal, relationship, and friendships that she was able to rediscover who she actually is, underneath the tough cybergoth facade – and along the way, she made the best music of her career yet. 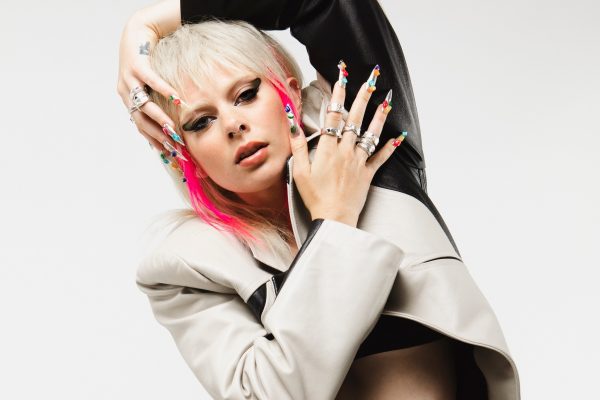