Best mates first, band mates second – the heart of Hockey Dad has always existed in the friendship between duo Zach Stephenson and Billy Fleming, who first met in early childhood, growing up two doors apart in the unassuming, laid back coastal town of Windang, NSW. The foundations for the band began in early 2013, where an underage Fleming and Stephenson would sneak into their local live music haunt to catch their favourite bands. Eventually they were granted regular slots playing to an ever-growing crew of enthusiastic friends turned fans.
In 2014 they released their Dreamin’ EP and were finalists in the triple j unearthed high competition, and in 2016, they released their debut album ‘Boronia’ to critical acclaim, sold out Australian tours, and international tours in the UK, Europe, USA and Canada, and a rapidly growing fanbase.
In early 2018, the duo released their sophomore record ‘Blend Inn’, which debuted at #6 in the ARIA charts, and had four singles landing in triple j’s Hottest 100 (‘Homely Feeling’ at #54 in 2017, as well as ‘Sweet Release’ at #73, ‘I Wanna Be Everybody’ at #61, and ‘Join The Club’ at #18, in 2018’s edition).
The growth that Hockey Dad have experienced over their career has been no accident. The fast-paced, punk style of Billy’s drums is executed in perfect synchronicity with Zach’s jangly guitar, anthemic choruses and ever confident vocals to give life to their unmistakable and infectious brand of rock-pop.
The duo are about to embark on another UK/EU tour, playing headline shows in London and Paris, shows with Basement and The Story So Far, and a run of festival slots, including at Reading and Leeds. 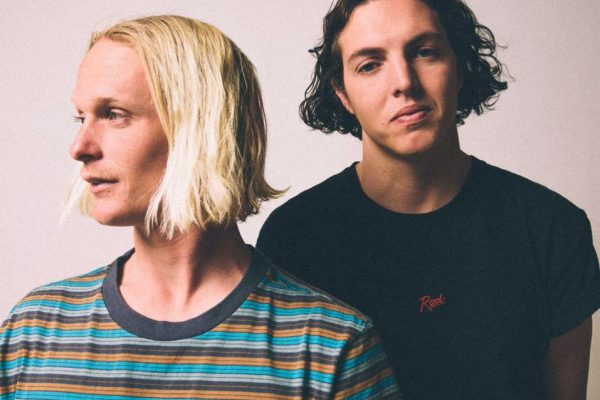