Swedish hip-hop gem MOVITS! is returning to the Czech Republic!

The eclectic hip-hop group Movits!, which is known as a Swedish gem, is returning to the Czech Republic as part of the “Hallelujah” Tour. Rapper Johan Rensfeldt, producer Anders Rensfeldt and saxophonist Joakim Nilsson, were able to reach a target group as wide as their repertoire. More than 120 million streams and decades of touring around the world are a testament to worldwide success, especially remarkable because they have never left Swedish language. On September 9, 2022, Fuchs2 will experience a great show full of rap and hard beats in combination with melodic saxophone arrangements. Tickets on sale at GoOut.net.

After the breakthrough in 2008 with the album “Äppelknyckarjazz”, they got noticed by the American television program “The Colbert Report”, which invited them to play on the show. The performance became a sensation and led to album sales rising by 85 000 percent overnight on Amazon. Shortly thereafter, Movits! was ranked number one on the US iTunes hip hop chart, and the band set out on their first US tour.

Three years later, the sophomore album “Ut Ur Min Skalle” was released, spiced with American references such as Frank Sinatra, James Brown and Sammy Davis Jr. Once again, Movits! found a new way to define hip hop through bombastic productions interspersed with influences from jazz, soul and rap. The same year, Movits! went on another North America tour as well as their first European tour and live shows at festivals such as Peace & Love (Sweden), G! Festival (Faroe Islands), Gampel Open Air (Switzerland) and Chicago World Music Festival. This would result in the nominations “Group of the Year” (Music Awards of Swedish National Radio) and “Hip hop/Soul of the Year” at the Grammy Awards in 2012.

In 2018, the first part of Movits!’ fifth album “V:I” was presented, followed by “V:II” in early 2019 – a double album that included the singles “Gumbo”, “Ohio” as well as the platinum-selling “Sodavatten”, which has so far generated 10 million streams on Spotify. Releasing a double album at a time when most genre colleagues are focusing on EP’s is a testament to the creative power that has always been present in Movits!’ song-writing.

Since their debut, Movits! has made a journey musically, from the jazz-inspired hip hop to a more dynamic and organic soundscape. Still staying true to everything that characterizes the band’s signum of horn arrangements and heavy beats. In fact, there are few acts in Sweden that have been as consistent over the same length of time. The music never rewinds and digs into the past to tell something new, on the contrary, they have continued to deliver innovative and contemporary music of the present.

In 2021, Movits! are back with more music and a number of singles leading up to their sixth studio album. In many ways, they have found inspiration in the sounds that were prominent in the beginning and framed the debut (“The past year we’ve spent more time in the studio and been able to try out different things, which has made it more varied. By rediscovering the organic sounds and the acoustic guitar, combined with a modern sound, the result is our take on how hip hop can sound like 2021”).

On June 11, the single “Blixtar” was released, which was the first taste of their upcoming album, scheduled for release in the autumn of 2021 via the band’s own record label Antarktis Records. 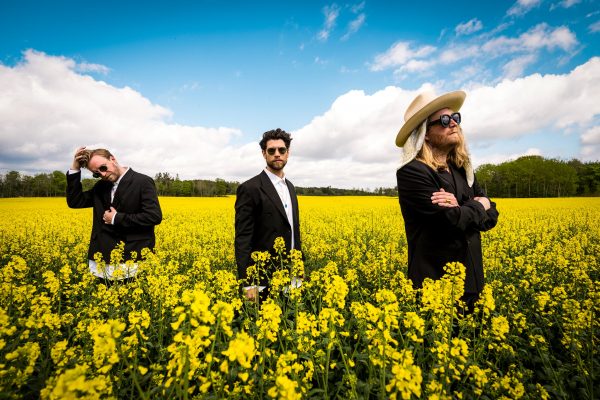