Led by enigmatic front man and PhD candidate Dustin Bates, the band have made it their mission to take fans on a truly integrated journey, through music, video, AR-

integrated performances, a Marvel graphic novel and online experiences, blurring the lines of science fact and fiction. The band’s third album DIVISIONS provides the soundtrack to the next chapter of their overarching narrative – one of a dystopian future world divided by the technology that has taken over in a war for human consciousness – those obeying and implementing

it, and those fighting against it. Clues have been left behind by The Starset Society through a series of transmissions of what will occur in the future and seeded throughout the campaign for fans to find, and for them to become part of the story itself in a search for knowledge and the reveal new music.

This genre-spanning Danish-Swedish quartet will perform on 2.3.2022 in Prague’s Lucerna Music Bar. The band will present their third studio album ‘WITNESS’, which was released this May.

VOLA confirmed as Starset’s opening act. VOLA was formed during the 00’s and first EPs followed, such as ‘MONSTERS’ (2011), which made progressive rock fans take notice. This was followed in 2015 by their first album ‘INMAZES’, which was critically acclaimed and earned them a European tour and a nomination for the Progessive Music Awards.

With the album ‘APPLAUSE OF A DISTANT CROWD’ (2018), they have once again proven themselves to be a talented band with something to offer listeners, which has earned them over 70 shows on the European continent, including their first self-tour that brought sold out clubs. On 2.3.2022 they will be supporting Starset at Lucerna Music Bar in Prague! 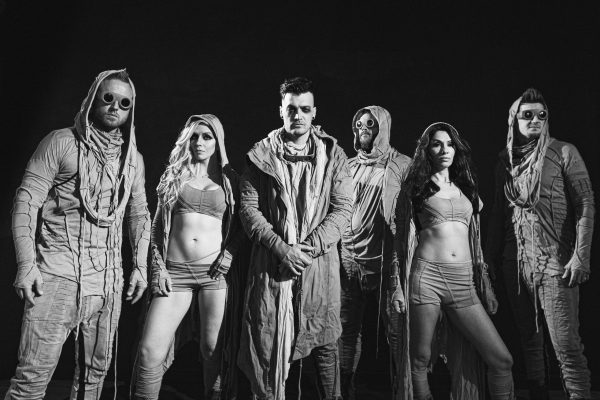