X Ambassadors for the first time in Brno!
The release of the debut platinum album ‘VHS’ shot Brooklyn indie outsiders X Ambassadors right at the top of the prestigious Billboard charts. The album was an intimate insight into a youth full of sound recordings of amateur films by Sam Harris and his brother Casey Harris. With that came the hits “Unsteady” and “Renegades”, which set the direction of their genre and led the band to a three-year concert odyssey around the world and to a number of major festival performances. Harris’s songwriting became more and more personal, leading to the writing of “JOYFUL” and “Don’t Stay” in 2018 and a headline tour of North America. To pay tribute to the community they came from, they performed at the second year of the Cayuga Sound festival in their hometown of Ithaca in September and curated two days of musical performances to raise money for local charities. In 2019, X Ambassadors released a new anthem “BOOM”. The title of the song is written in Braille on a black-and-yellow visual, which is for Casey Harris, the keyboard player and brother Sam Harris, the first material manifestation of his work, which he could even visually experience. He was born with only 10% vision. X Ambassadors released their new album ORION on June 14, 2019 on KIDinaKORNER / Interscope Records.
Pre-sale starts on October 18 at 11:00 at GoOut.net. 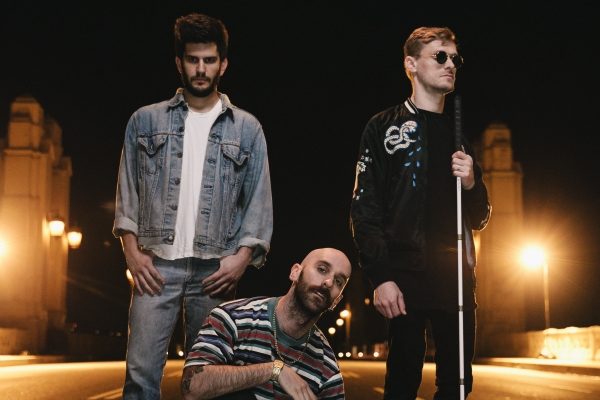