As December Falls are a four-piece, loud, unapologetic pop rock outfit from Nottingham in the UK. Songs littered with massive hooks and emo vibes, As December Falls are the pop punk band you’ve been missing. One of the hottest underground bands right now led by the distinctive fronwoman Bethany Curtis. As a completely independent band, joining their movement is more about family than a fan base.

As KERRANG! writes: “A loud band with a big future”. Their first album from 2019 was a great success and was accompanied by a sold-out tour. During the pandemic, they worked hard to present their second album, Happier, in August this year. The tour is SOLD OUT again!

“If you’re in the market for contagious, air-punching rock fueled by glittering riffs and heavenly vocals, As December Falls are the ones for you.” ALT PRESS 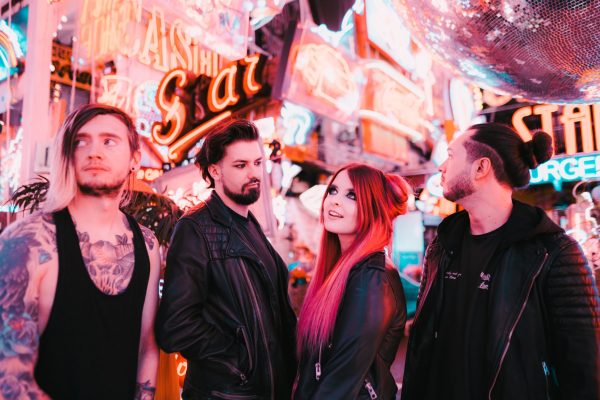