Billy Talent will return to Rock for People after ten years! After this year’s successful open-air concert in Brno, we confirmed with the band how much the band missed Czech audience. The spectacular return to the Hradec Králové airport after ten long years promises a full punk-rock show, and even more with a new album “Crisis of Faith” released this year. Our faith is definitely not in crisis and we are looking forward to this return!

The band already achieved huge success with their second album “Billy Talent II” (2006). Hits like Red Flag, Fallen Leaves, and Surrender stucked in people’s minds and together with several other songs from the “II” still form the basis of most setlists at Billy Talent shows. Over a million albums have been sold in their native Canada, with international sales exceeding 3 millions, crowning the band with multi-platinum records and, of course, chart-topping positions.

After a decade, two more full-length albums, a re-release of their debut album and a best of album Hits, in 2016 the band released their fifth record, “Afraid of Heights”, full of energetic punk-rock songs with sharp guitar riffs. The lyrics often touch on contemporary issues, so “Afraid of Heights” can be seen as a message to society. It glosses over the issues of gun ownership, societal pressure on individuals, the plundering of nature, and the US election. In January 2022, the sixth full-length album “Crisis of Faith” saw the light of the music world, preceded by the release of several singles including End of Me (feat. Rivers Cuomo, Weezer). With this new album, the band is going on tour, which will include a visit to Hradec Kralové’s Park 360 as part of Rock for People 2023!

“We’ve never been a band that wants to scream into the microphone all the time for no reason. Our songs are and always will be a reflection of our passions and emotions of the moment, including aggression,” says bassist Jonathan Gallant in an interview for the Czech music magazine Headliner. 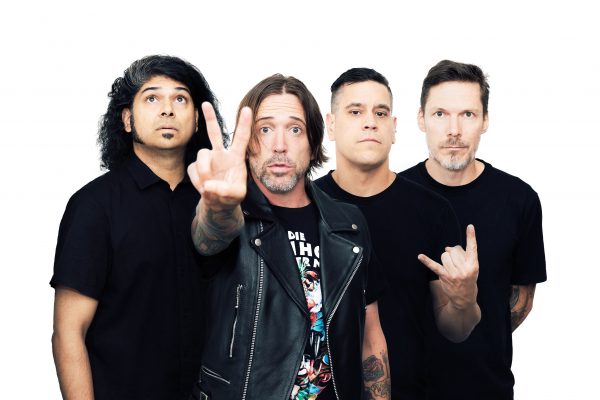