Catfish and The Bottlemen

“And I’d love you, but I need another year alone.” The lyrics of 7 – the opener on their golden-certified album The Ride – says a lot about how capable Van McCann, singer and songwriter of UK’s indie rockers Catfish and The Bottlemen, is when it comes to lyrical hooks that will capture you and won’t let go.

And the same can be said about the band’s addictive melodies. With three albums (and over a million of them sold), a Brit Award, a support slot for The 1975 and most importantly sold out headline shows all over the globe (from Wembley across Australia to Japan), Catfish and The Bottlemen are a force on the rise, a constantly evolving band which never seizes to catch the listeners by the heart. 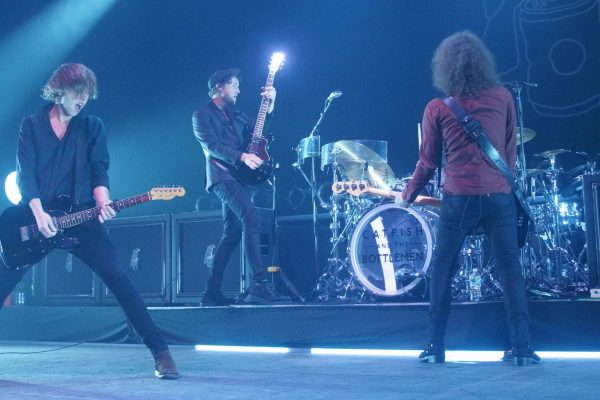