CHILDCARE were formed in 2016 by Ed Cares, formerly one of west London’s most in-demand male nannies. Overheard humming a song he had written years before, Ed was persuaded by Katie, then aged six, to form a band. He enlisted local musicians Emma Topolski (bass), Rich Le Gate (guitar) and Glyn Daniels (drums) – The band has now been together for 2 years, performing successfully under the only logical moniker in the circumstances: CHILDCARE.

Enthused with the energy of punk, the infectiousness of The Police and a by-numbers approach to songcraft akin to Happiness In Magazines – era Graham Coxon, CHILDCARE are a band on the up, making skewed, idiosyncratic, art-punk pop that is gaining them eager fans across the continent. Having recently sold out Omeara and releasing two critically acclaimed EPs with extensive BBC Radio 1 support and wide-spread blog coverage from the likes of Indie Shuffle and The Line of Best Fit, CHILDCAREwill be babysitting their way onto a stereo near you in the future. 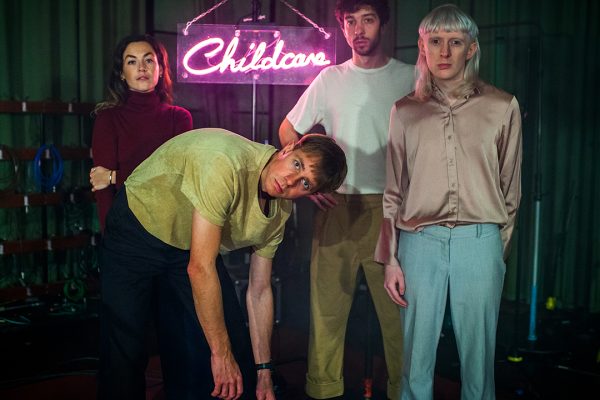