Goth punks Creeper – „perhaps the most exciting British punk band of a generation,“ as NME put it – are back! Something no one would believe a few years back, when the band ended a London gig with an unexpected announcement that the show was going to be their last. But this was just a manoeuvre to enable Creeper to think over what do next – the pressure resulting from headline slots at Leeds or Reading festivals was mounting.
“Everyone was talking about us like we were going to be the next My Chemical Romance.” Melodic hooks typical for UK indie guitar bands can be spotted in their music, but it is the goth formula and punk fierceness that differentiates them from other bands. And they plan to move even further – their last album was recorded in Los Angeles, and frontman Will Gould admits that it will be easy to spot the imprint of Hollywood’s grandeur on the record. 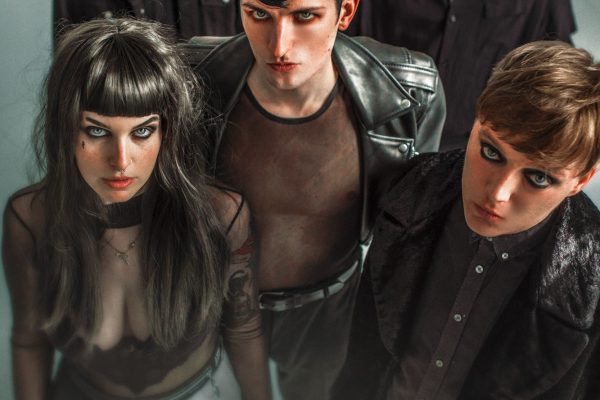