GHØSTKID are coming to the Czech Republic after their success last year at Rock for People HOPE!

GHØSTKID’s music is a headlong dive into darkness and aggression. It aligns on new paradigms: baring its teeth while keeping a sense for catchy melodies.

GHØSTKID is the new namesake of Sebastian “Sushi“ Biesler (formerly Eskimo Callboy) and a conspiracy of friends and likeminded allies who have come to a riot of their own: Steve Joakim (drums) from Sweden as well as Danny Güldener (guitar) and Stanislaw Czywil (bass), both of whom played in To The Rats And Wolves.

The new noise commenced in October 2019 when Sushi picked up a guitar and started writing for GHOSTKID. GHØSTKID wasn’t merely an outlet – it was in his DNA. “I just followed my heart”, he says. At that point Sushi was inspired by a steady diet of Marilyn Manson, Fever 333 and Bring Me the Horizon, all of whom inspired him to meld together sundry sonic shades, touching on pop, metal, industrial and a hint of trap. It was the foundation for the shape of rock to come. No mean feat for the Sushi, who initially started out as a guitarist, but when the original singer of one of his previous bands dropped out during a recording session Sushi simply picked up the mike. A natural frontman, Sushi wasn’t content to be a mere mouthpiece: “I love both roles”, he says. “Actually, whenever I am playing guitar I miss singing, but I also miss a guitar in my hands when I am just singing.” 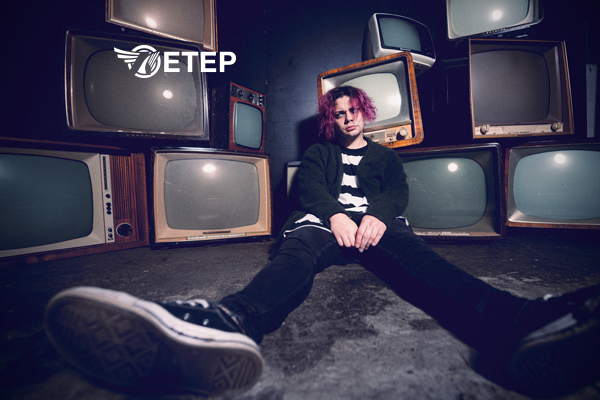