I Love You Honey Bunny

I Love You Honey Bunny is an indie-pop-rock band from Prague, Czech Republic. They combine their energetic music with a tasteful touch of electronic elements. Their performance erupts in fireworks and supernovas. You say you have never read a physics paper? No worries, they will walk you through the essentials of the laws of the universe. Their songs also often reflect contemporary social and political issues that are deemed important by their generation. The charismatic quartet from Prague has already toured central Europe, and played a transatlantic tour in Canada and major festivals such as Sziget, Rock for People, or Colours of Ostrava.

Their highly-anticipated debut album “Cosmic Background Radiation” was released in October 2018 after the band’s five-year existence and five singles. Cosmic Background Radiation was produced by Dušan & Tomáš Neuwerth, renowned Czech producers. The release of the album was also accompanied by the release of an apocalyptic-themed music video for their hit “Lazer Queen”.

In spring 2019 I Love You Honey Bunny released a unique VR live video filmed with the state of the art technology. It is not only an invitation to enter the privacy of their practice room but also an intimate insight into magical moments of music creation.

“I Love You Honey Bunny exuded energy on stage right from the first song. The audience started dancing immediately and got completely carried away after the song “Tried To Tell Her Lies”. At the end the band received a loud applause.” (Count Your Bruises Magazine, DE) 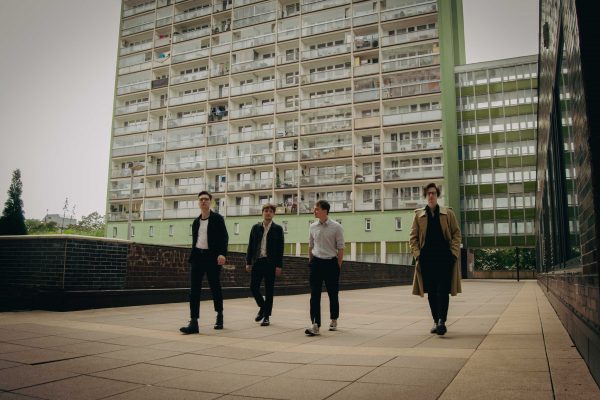