The third and highly anticipated album Turn The Light On embodies the diversity and vastness in Imminence’s identity of heartrending emotion. A significant milestone in the group’s discography and an exceptional composition of sheer force and fragility that fears no boundaries or constraints. Since the release of the previous record This Is Goodbye (2017), the Swedish alternative metalcore band Imminence have strongly established themselves in the European scene as one of the most up-and-coming and exciting bands on the market today. With an almost completely sold out album release tour and a placing in the Top 100 Official German Album Charts they have reached a new plateau and are ready to truly distinguish themselves and their sound with their new album.
One step backwards, two steps forward. With Turn The Light On, Imminence dives right in to themselves and comes up with a collection of songs that covers the wide musical territory that has become associated with the band over the years. The new record mixes the rawness of the band’s hard-hitting, unrelenting instrumentation with the grandiosity and class from frontman Eddie Berg’s unmistakable melodies and violin arrangements. Turn The Light On demonstrates a remarkable musical diversity with each and every song being unique in its sound and message, creating a forcefield that embodies the entity that undoubtedly is Imminence. 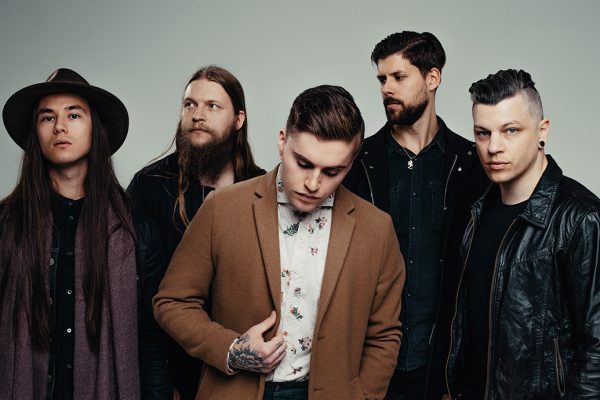