MAN WITH A MISSION

“Nation pitted against nation, human against human. Every living thing on the planet was locked in a chaotic battle to acquire each other’s wealth and power. In the meantime, in the farthest away land of “Ladyland” there lived a genius biologist named Dr. Jimi (hobby: guitar) who was about to conclude a mad science experiment for a pack of superior creatures that would be called MAN WITH A MISSION (MWAM). Are they human? Are they wolves? Their looks may be deceiving and even comical at first glance, but they have incredible brain power and a superhuman physique.”

MAN WITH A MISSION, is a Japanese band fusing rock, rap, and dance to create a distinctive and rather hyperactive sound. They were formed in Tokyo, Japan in 2010. The band have released five full length albums and have their songs featured in various media. Many of their singles have been used as theme songs for a variety of anime, live-action movies, and video games. Head of a wolf, body of a human MAN WITH A MISSION are one of the most important and loved rock bands in Asia today. 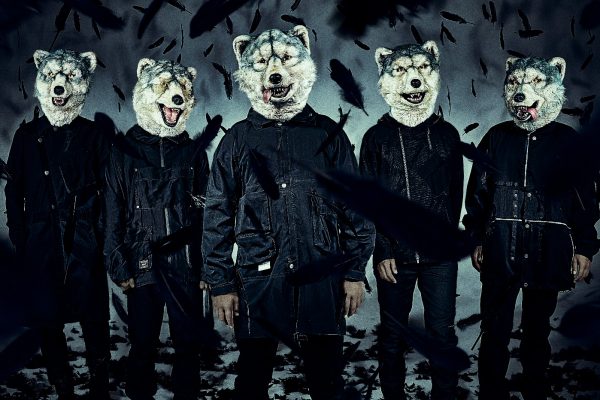