“I was raised in hell but I made it out,” says Northlane vocalist Marcus Bridge. “Raised in a place I shouldn’t have been, and no child should have been. But I’ve been able to break free.”

That journey out of hell informs Bridge’s lyrics on Alien, the fifth album from Sydney metallers Northlane. For a band that have traditionally focused on wider issues in the outside world, it is easily the most personal statement of their career.

True to Deiley’s word, Alien is an abrasive album musically, merging the worlds of metal and electronic music into one intense, pulverising whole. “Eclipse” sounds like a metal band and a rave DJ beating each other to a bloody pulp; “Details Matter” fuses angry drum’n’bass with a sickening riff (“If something made me feel sick to listen to,” says Deiley, “then that was the right move to make”); “Talking Heads” ends with a blast of distortion so feral you will wonder if your speakers have blown.
For a band with their backs to the wall, writing songs about such deeply personal issues, there was comfort in returning to familiar haunts to record Alien, such as Chris Blancato’s studio in Sydney, where Northlane recorded their first EP, 2010’s Hollow Existence. Bridge did his vocals at Sydney’s Electric Sun Studios, where the quintet made their 2011 debut album, Discoveries.

Having in the past worked with some of the world’s most acclaimed producers in David Bendeth (2017’s Mesmer) and Will Putney (2013’s Singularity, 2015’s Node), the band’s decision to self-produce Alien not only reflects the clarity of their vision, but also their determination to give this material the care it deserves. 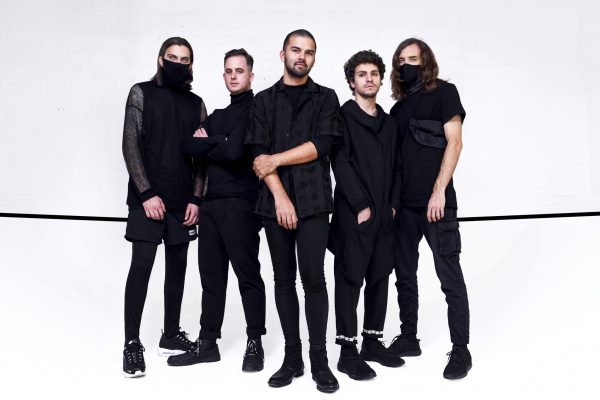