More than two decades into their career, P.O.D. enjoy the kind of popularity most rock bands would envy. The San Diego quartet continue to be a rock radio staple, with newer songs “Lost in Forever” and “Beautiful” drawing the kind of airplay the band’s early hits “Alive,” “Youth of the Nation” and “Boom” once did. On the touring front, P.O.D. have performed at the best festivals around the world—to name a few, Download Festival, Hellfest, Rock on the Range, River City Rockfest, Carolina Rebellion, and Aftershock Festival—and have done shows with In This Moment, Prophets of Rage, Shinedown, and Five Finger Death Punch.

However, P.O.D. has built this successful career by never letting themselves be pigeonholed. “If you listen to all of our songs side by side, we don’t focus on one style of music,” says frontman Sonny Sandoval. “We have reggae songs; we have punk rock songs. We’ve done jazzy songs. We’ve mixed in loops and DJs, and we’ve experimented.”

P.O.D.’s tenth studio album, Circles, marks another leap forward. The band members decided to shake up their creative process by collaborating with an L.A.-based production duo called the Heavy, who provided behind-the-scenes musical tweaks, and served as a sounding board for vocal and melodic ideas.

“Whatever I happen to be going through at the time, or maybe what the band is going through, or even the public climate at the time, issues come through,” he says. “Our ultimate goal is that we can either shed light on these, or we can turn your upside down frown into a smile, or make you laugh, or make you feel good or approach them in a different way.”

Being open to new experiences and sounds is just one more way P.O.D. has continued to thrive and reach new fans, even as they keep challenging themselves to become better musicians.

“We are touring and making music because it still means something to the people that are coming out to see us, and people that are still listening to our music,” he adds. “We’re humbled, we’re grateful, and we’re thankful for people that still enjoy what we’re doing.” 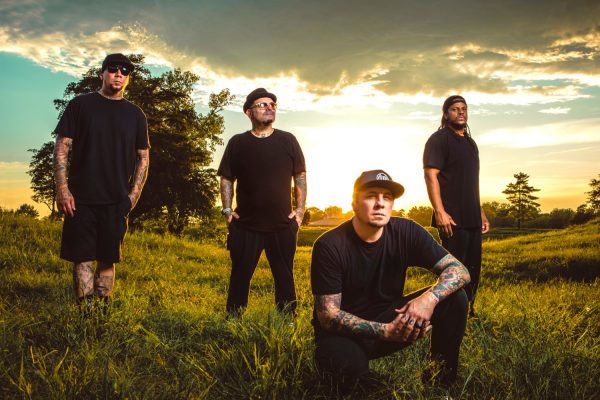