As well as going straight to #1 in the UK, Royal Blood’s current album ‘Typhoons’ has made a major impact across Europe. It topped the charts in Ireland while also achieving Top 10 positions in countries such as Belgium, the Netherlands and Switzerland. Having recently announced a 2022 UK arena tour which includes their biggest London show of their career at The O2, Royal Blood can now confirm details of their biggest European headline tour to date.

The tour will represent Royal Blood’s first European tour since the release of ‘Typhoons’ as well as their first since 2019’s summer festival season. It spans eleven shows across eight countries, and will see the duo play to a combined audience of approximately 60,000 people. The announcement comes after Royal Blood made a high impact return to the live arena when they filmed a set at Brighton Pier as part of Radio 1’s Big Weekend of Live Music 2021.

Royal Blood commented, “Europe, we’re coming back. We can’t wait to be back on the stage partying with all our European fans. Make sure you don’t miss out!”

The success of ‘Typhoons’ heralds an exciting new era for Royal Blood, who are firmly established as one of rock’s biggest and most vital bands. The Brighton duo have completed a phenomenal hat-trick in which all three of their studio albums have immediately topped the UK album charts, a streak that commenced with their self-titled debut (2014) and then ‘How Did We Get So Dark?’ (2017). To date, they have achieved 2 million global sales, and won the BRIT Award for Best British Group, two NME Awards and a Kerrang! Award. Their debut album was also nominated for the Mercury Prize.

Also hitting the Top 10 in the USA and Canada, everything about the ‘Typhoons’ campaign has suggested that the album will continue to elevate Royal Blood’s status as one of the leading lights in the international rock scene. Meanwhile the critical consensus has praised their ability to add a fresh element to their sound without losing the visceral energy that first made them such an engaging prospect. 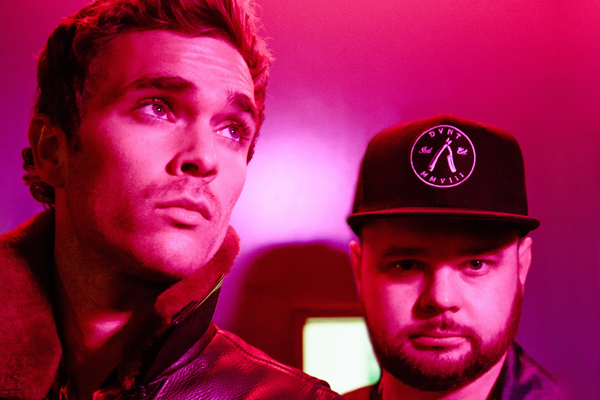