Sophie and the Giants

“When we saw Sophie and the Giants live during this year’s Nouvelle Prague festival, we were thrilled! A surge of energy, great show, and a fantastic voice. It was immediately clear we have to have this at RfP 2020.” says RfP festival director Michal Thomes

The band’s first songs, collected on their “Adolescence” EP from 2018, are a cast-iron mission statement that shows Sophie’s adeptness at pushing through feelings of uncertainty and doubt, and gaining clarity from getting it out in the open. It’s a mixture of self-analysation and a stretched out hand to others in a similar position, transmitted via heartthumping pop music. Signing to Virgin EMI, the band’s platform has exponentially increased. Lyrical openness reflects in the band’s music.

While they sing honestly and without restraint, their music also doesn’t hold back. A mixture of shiny pop music and earthier, acoustic-led elements, it’s both pop music that isn’t afraid to show the bones underneath the exterior sheen, and guitar music that makes no bones about its chart-topping ambition. They released their debut album Break the Silence in Autumn 2019. 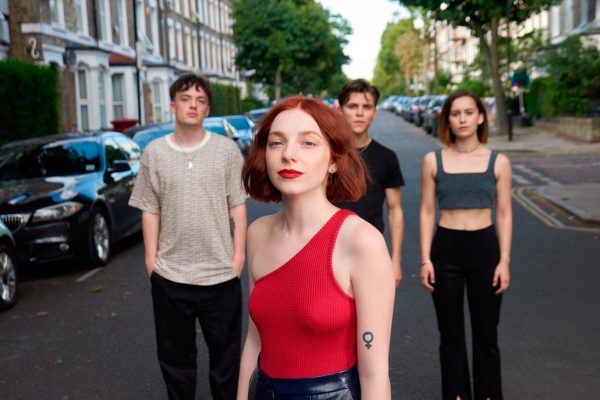