Dream pop / indie-folk band teepee first appeared on the Czech independent music scene in 2015. A high school in the Bohemian city of Pilsen provided the backdrop to the spellbinding collaboration between singer-acoustic guitarist Miroslav Patočka and singer-electric guitarist Tereza Lavičková. teepee’s sound is defined by intoxicating vocal harmonies, with Miroslav’s’ gentle acoustic guitar enhanced by fragile notes from Tereza’s electric guitar. Subtle samples and synthetic sounds provide a bed for their melancholic, confessional English lyrics. They immediately began to make waves, taking to stages across the Czech Republic with mesmerizing performances which quickly solidified their position as a band to watch.

Their debut album ‘Albatross’ produced by Mikoláš Růžička (Republic of Two, Piano) swiftly followed in April 2016, and after its success teepee returned to the collaboration with Růžička to record more intimate and experimental EP ‘Mirrors’ in 2017.

In 2018 teepee began to work on a new album at the Viennese Aurora Studios with a British producer Tom O. Marsh, who previously played in bands IAMX and HVOB. The new album ‘Where the Ocean Breaks’ wasreleased on the 31st of January 2020 via German label Springstoff. Their previous single ‘No Reason’ was released to acclaim, and quickly went on to feature on popular Youtube channel Mr Suicide Sheep and Spotify’s Indie Radar Playlist. The Prague-based duo has racked up over 500
thousand Spotify streams, seen support from Son Of Marketing, were nominated by Radio Wave ́s export initiative Czeching and have shared the stage with names like Seafret, Oh Wonder, Peter Bjorn and John or Laurel.

In the four years of existence, teepee have played numerous shows in the United Kingdom, Austria, Germany, Slovakia and Poland including Eurosonic Noorderslag, Enea Spring Break, Waves Vienna, Nouvelle Prague, Rock For People, Sázavafest, Colors of Ostrava or Reeperbahn Festival Where the Ocean Breaks is a collection of tracks offering sober ruminations on life, society and longing. Torrential emotion is what truly defines the release, and is taken to an almost palpable extent, while each song is artfully infused with a sense of hope. Simple, refined melodies and candid lyrics characterise Where the Ocean Breaks, demanding and rewarding total immersion in its inspiring narrative.

“The creation of Where the Ocean Breaks, which took almost a year and a half, was truly a transformative experience for both of us. Individually, and also for the band itself. I think that the record represents a significant shift in our sound. We are really grateful for our producer Tom, who showed us a completely different approach to the creation of music, gave us space to experiment and led us very patiently throughout the process.” explains the singer Miroslav.

“We are really happy to work with the Berlin label Springstoff because we found people that we get along personally and politically. So, we are very proud to be a member of a queer, feminist label which cares about the environment and is full of so many great people.” adds Tereza.

SKYND is a part of the ETEP programme which stimulates the bookings of European talent outside of their home countries. 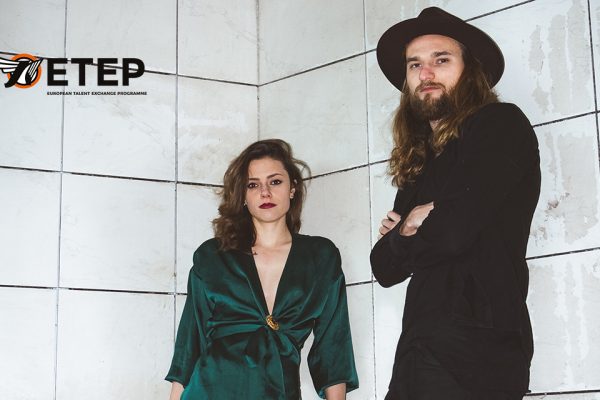