Fuck fooling about. From the moment it swaggers from the blocks with its menacing, lead single Mother, Future Dust barely pauses for breath. The Amazons’ sublime second album is as explosive as expected from the Reading rockers whose eponymous debut stormed the Top 10 less than two years ago, but it is also packed with sinister surprises no one saw coming.

Ten monster songs make up Future Dust, an album that retools rock’s dark past for the present day while having an absolute blast. Loose blues grooves, religious references and falsetto backing vocals abound on songs that explore issues including social media witch hunts, eating disorders and depression, but never lose sight of a singalong.
“We were searching for a heavier sound and we found it by delving back through the blues,” says singer Matt Thomson. “From Led Zeppelin, we discovered Howlin’ Wolf and immersed ourselves in his back catalogue. I read Hellfire, the Jerry Lee Lewis biography, and fell in love with the Biblical language that was used to describe his ‘devil music’.

The Amazons really hit the ground running in 2017 when they were the most hotly tipped band after the release of their self-titled debut album which reached heights of #8 in the official chart. The release of ‘Future Dust’ earlier this year then lead to two prominent singles ‘Doubt It’ and ‘Mother’ hitting the Radio 1 playlist. ‘Future Dust’ gave The Amazons another top 10 album to add to their line of successes and it doesn’t stop there. 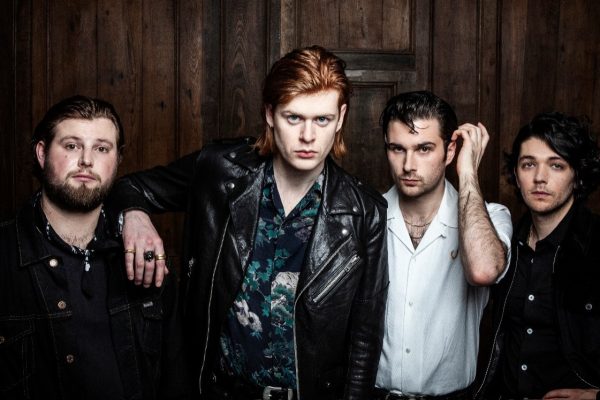