Renegades, Unsteady, HEY CHILD, Don’t Stay, and many more. These are just a few of the many hits from the American genre-blending X Ambassadors, led by brothers Sam (vocals) and Casey (keyboards, vocals) Harris. They made a significant mark in the music world with their very first debut album VHS, released in 2015. X Ambassadors’ debut album VHS reflects on the events that shaped lead vocalist and lyricist Sam Harris and his older brother, keyboardist Casey Harris’ life growing up in Ithaca, NY. “It was us looking back on everything that made us who we are,” says Sam. The gold-certified album, which Rolling Stone called “bombastic rock that’s as stomping as it is diaristic, leavened by big-tent pop hooks and a hint of hip-hop swagger,” debuted at No. 7 on Billboard’s Top 200 chart and spawned the double platinum-selling “Renegades,” which spent 12 consecutive weeks at No. 1 on the Alternative chart, and the double-platinum “Unsteady,” which went Top 10 at Alternative, Hot AC, and Top 40 radio. The success of VHS sent X Ambassadors on a nearly two-year touring odyssey that found them winning over fans around the world and performing at the Lollapalooza, Bonnaroo, Life is Beautiful, and Shaky Knees festivals, among others, and establishing themselves as a world-class rock band.

Sam also drew inspiration from watching how his brother, who has been blind since childhood, handles things. “Casey has always been a very inspiring person for me through all of the troubles we’ve had and through everything he’s been through himself,” Sam says. “He has the ability to just be grateful for everything he has in his life. I’ve never seen anything like it.”

To date, they have collaborated with Imagine Dragons, Tom Morello (Rage Against The Machine), and Jamie N Commons, and done countless world tours, including several stops in the Czech Republic. X Ambassadors is preceded by a reputation as an awesome concert experience, so we can look forward to Rock for People 2023, where it will certainly be no different! 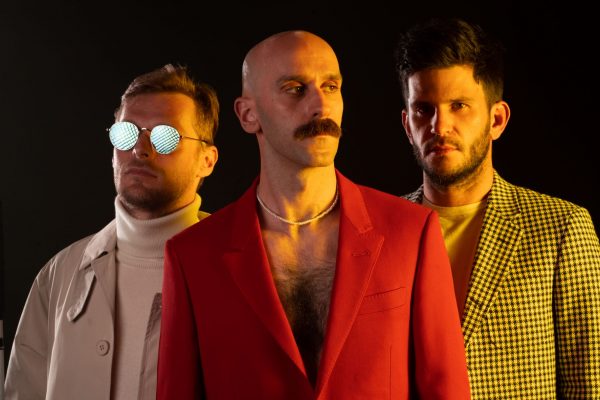