Rock for People starts the advent calendar with IDLES! You don’t have to stay awake all night, it’s ok until midnight. Every midnight until Christmas Eve (Dec 24), you will find a new band to the Rock for People lineup on our website www.rockforpeople.cz. All you have to do is come to the website, open the window with the relevant date in the Advent calendar and enjoy the ride. Every afternoon, there will be a riddle for the following announcement on our social media. It won’t be just about the names of the bands, but also about the albums or songs – so you can stretch your brain muscles a bit before Christmas.

By the opinion of many experts and fans, IDLES give back to rock and punk music it’s, sometimes lost on the way to business, the ability of direct social appeal. They climbed out of the dark holes of the slowly dying Bristol indie music scene to shout their fear, anger, and worries about the world around them. Their post-punk is raw and honest to the core, their concerts squeeze sweat and blood from the fans and themselves.

The five-piece band, which was crowned by the Guardian as “the best British punk band”, won the Kerrang! Best British Breakthrough award or the Best Live Act of the American Libera Awards. In 2019, they were nominated for prestigious Brit Awards alongside artists such as The 1975, Dua Lipa, and Tom Walker.

IDLES with their new album Crawler prove that they are stronger than ever before. The members themselves speak about the work on the record during the pandemic as a reborn when they destroyed their past and formed a completely new band full of overlaps with other genres. Nevertheless, they managed to keep exactly what we all enjoy so much – aggressive sound and complete enthusiasm for the live shows and their fans. Czech fans were convinced of their drive and energy at Rock for People 2017 and 2019 and in 2018 at a headline Prague concert in Futurum Music Bar. You just don’t want to miss this party! 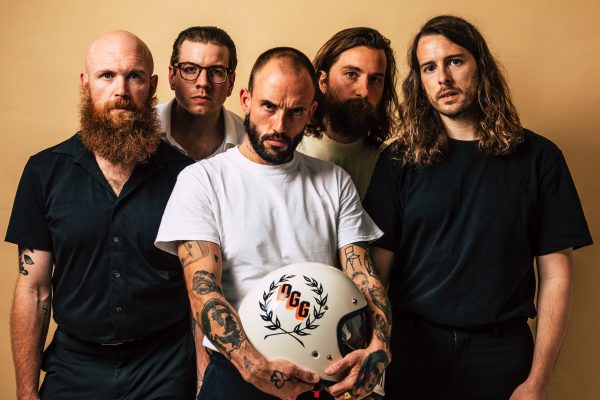