Comeback Kid are coming back!

Comeback kid are coming back to Hradec Kralove after long nine years!

The band, who are happy to be named as the backbone of the Canadian-American hardcore scene,were founded in 2000.  It was originally a side project of Andrew Neufeld and Jeremy Hiebert, agile musicians from quite varied music scenes in Winnipeg. The name comes from a headline in a local newspaper: Comeback Kid was a nickname given to Mario Lemieux (a teammate of the Czech Republics own Jaromir Jagr) by local sportswriters on his return to the NHL.

“We wanted to keep the intensity from our other bands or those we looked up to at the time, but also took influence from ’90s skate punk and more melodic acts.” says singer Andrew Neufeld and continues: “We wanted the music to be heavy, but the vocals were meant to incorporate a bit more melody than was found in traditional hardcore.”  The band have proven that this formula works: They have released five studio and one live album and DVD.  They’ve ripped through North and South America, Europe and Asia with hundreds of concerts, and shared the stage with legends and newcomers to the genre, including Madball, Sick Of It All, Four Year Strong , A Wilhelm Scream, Parkway Drive and Bleeding Through. 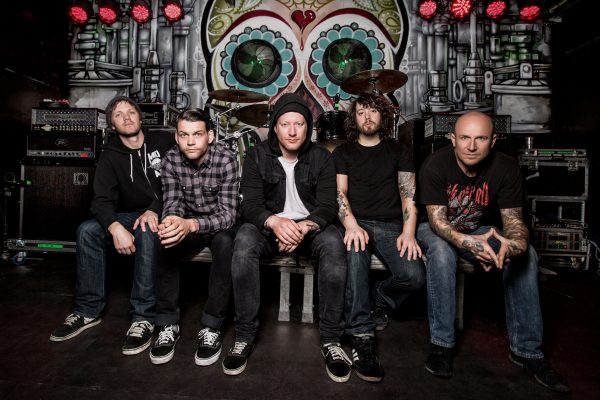