The unique GEM-tower (Green Energy Mill) is a variant of sustainable energy for festivals, created by scientists from Eindhoven University of Technology. From September 11 to 20, you can have a close up look at the tower in Prague. Its energy will power Praha září festival, during which Kefírek will take place.

“When we first saw GEM at the Eurosonic Noorderslag showcase in the Netherlands, we knew we wanted to present this ecological innovation in the Czech Republic. We like the playful form of approaching the issue of sustainable energy. I think it will attract not only parents but especially the smallest participants of Kefírek, whose education for ecological thinking is the only way to save the future of the planet. GEM is not only beautiful in design but replaces fossil fuels. Besides, it becomes a natural dominant of festivals and a meeting spot,” says Michal Thomes, director of Rock for People and organizer of this year’s Kefírek festival.

After all, GEM was supposed to have its domestic premiere at Rock for People, but Covid thwarted these plans, as did GEM’s European festivals tour. Rock for People festival has been following trends in the field of ecological sustainability of festivals for a long time; it was the first Czech festival to have recycling or returnable cups.

Sustainability is a key topic also for the energy innovator called bezDodavatele, which is a partner of the GEM and Kefírek festival. “GEM, or green energy mill, generates energy through solar panels and a wind turbine, and we want to support renewable sources in the Czech Republic,” says Robert Chmelař, founder of bezDodavatele.

GEM can generate energy in any weather. The design side of the tower is not forgotten either, GEM cannot be overlooked. “Our goal is to support Czech households transitioning to green energy, this is why we not only like GEM but also partnership with the Kefirek family festival,” adds Robert Chmelař.

The GEM team will also include Paul Schurink, co-founder of Green Events Netherlands, who is working on creating environmentally sustainable major international festivals. 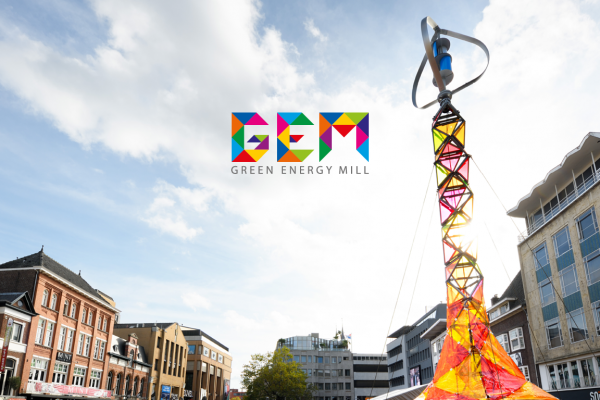