HC is love! We have Deez Nuts and Tagada Jones!

Harcore is heart thing. Our and your as well, right? So there you go! Deez Nuts and Tagada Jones!

Deez Nuts
When Australian metalcore group, I Killed the Prom Queen, broke up in 2007, their drummer, JJ Peters, who has a love for hip hop, hardcore and punk, put down his drumsticks and threw himself into his own music. The basic philosophy of Deez Nuts is a great live show and also the specific mutual chemistry with European fans.  JJ Peters mentioned this in a recent interview: “In Europe, audiences are very faithful.  When you find a fan once, then he will be watching you for the next nine years.  Elsewhere in the world people want something new again: ‘I’ve already seen you once, so i don’t need to see you again’, while in Europe they say: ‘Oh, I’ve seen them a few times and they’re good!  I’m looking forward to what they’ll be bringing next year!’ “

Tagada Jones
This worldwide legend of French (strictly speaking Breton), punk and hardcore has been crisscrossing the stage for almost 25 years. The group, which was founded in 1993 in Rennes, has already released 10 albums and played more than 1,800 concerts in over 25 countries. Among their influences you can include The Exploited, The Ramones, Bad Religion, Suicidal Tendencies and also native legends such as Parabellum, Les Sheriff or Bérurier Noir. 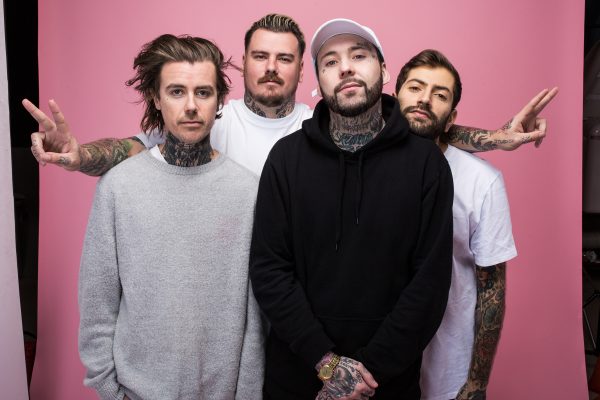