John Coffey, a Dutch band from Utrecht, took their name from a character in Stephen King’s The Green Mile book. This quintet will please fans of rolling, compact rock and roll, with forays into punk and hardcore. In their music you will hear the undeniable influence of Motörhead. It’s a bomb!

No-one could accuse these guys of being inactive.  They’ve released 4 albums in the past 6 years, with the latest offering, The Great News, being released to the world last year.  2013 was a breakthrough year for the band, playing 130 concerts as part of the Vans Warped Tour and making themselves known. In early March they issued the EP A House for Thee – You can watch their video here. 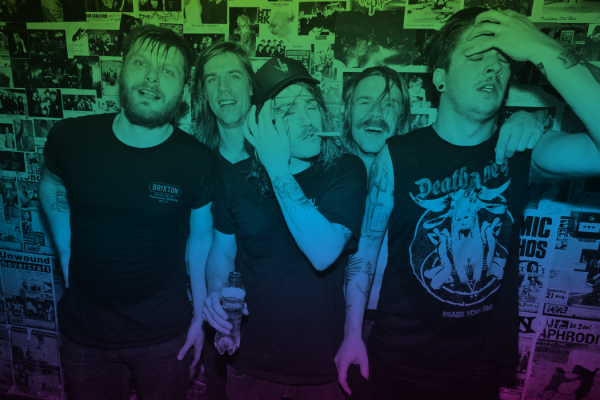