One of the hottest rock bands from the British scene in recent years, Marmozets, and punk rocking, Mercury Prize nominees, Slaves, are the latest additions to the Rock for People festival line up.

After Evanescence, headed by the mesmerising Amy Lee, Rock for People brings a more ‘hardcore’ band, which is led by an unmistakable and, above all, unmissable frontwoman – Yorkshire group, Marmozets. “The singer Rebecca ‘Becca’ MacIntyre is quite an exceptional phenomenon. An animal and an indomitable frontwoman who controls the stage in a completely different way to the vast majority of sophisticated, delicate and philosophising women, addressing the wounds of the soul, the body and the world. This lady also makes a pretty splendid stage decoration.” says one of the festival founders, Michal Thomes. “This is a real rocker, what every fan dreams about.”

Marmozets belong amongst the freshest and most interesting bands that can be heard in the current British scene. Their hardcore music artfully combines sharp riffs with catchy melodies and subtle rhythmic patterns, and is also full of energy and distinct internal chemistry. Their debut album from 2014, The Weird and Wonderful Marmozets, harvested rave reviews from critics and occupied top position in the UK Rock &amp; Metal Album charts. Rumour has it that this year will see another new album.

Slaves, whilst made up of only singer and bassist Laurie Vincent and drummer and vocalist Isaac Holman, put out enough noise for a whole orchestra. They have conquered a lot of listeners with their clear, distinct opinions and their music, which simply bursts with energy. Their 2015 debut album, Are You Satisfied?, occupied 8th place in the UK Album Charts and received a nomination for the prestigious Mercury Music Prize. Their second album, Take Control, featuring Mike D of the Beastie Boys, was released a year later to great acclaim. The way in which Slaves rise up on stage, and the verve with which their uncompromising set of, mostly short, striking, songs crushes the audience is already legendary. “We guarantee that Slaves performances at this year’s RfP will be an unforgettable experience for every fan of energetic and heartfelt music,” adds Michal Thomes, with a smile…. 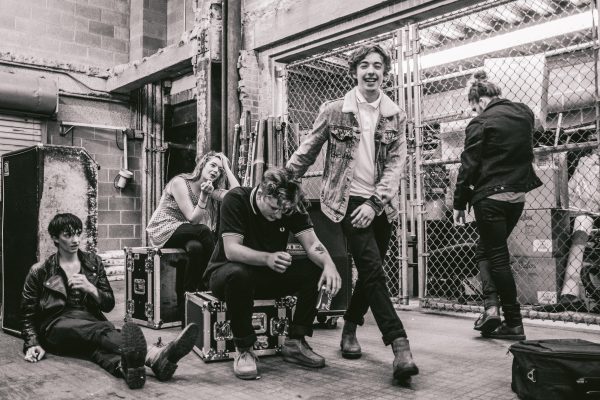