Do you know Kensington? You know Catfish & The Bottleman? You know The Qemists? Those are names which Rock for People bring to Czech Republic when they were small unknown bands. And now? They are pretty good in radio charts, they  are filling up concert halls and their festival gigs are unforgetable. This year we’ll bring another names which are probably unknown for you but their future is bright. There you go, introduce yourself please.

Sam Alone & The Gravediggers
Sam  Alone  comes from Quarteira on the South of Portugal. Charismatic guitarist and singer with tattoos. Sam  Alone  &  The Gravediggers aren’t fascinated by celebrities or fake worlds. They play their folk-rock without any special gestures. They sing about people which aren’t in spotlight or on the covers of the magazines. About people like us.

The Picturebooks
These two guys were born in Germany where they met eachother in the skatepark. But their souls are floating in USA. Dirty rock’n’roll and blues. Guitar collection from second hand. Drums without cymbals. Fynn Claus Grabke and Phillip Mirtschink. They’ll release new album called Home is a Heartache on the 10th of March. There is a question if they’ll bring their famous choppers to Rock for People. But they’ll heat you up. That’s for sure!

Spring King
On the 30th of June 2015  Apple  Music  started broadcasting of radio Beats 1. DJ Zane Lane was sitting behing the microphone and said: “For three months we were building this radio. It was tough, but we’ve done it. Also than to this song which helps us to keep our heads up. This band released their first EP just few months ago. It’s not about fireworks and the hangover day after. But about the quality. Since now we’re on line.” And that song which he was talking about was track City by band Spring King. Track recorded by drummer and song-writer Tarek Musa in his mother’s old sewing room (drums in the bathroom). 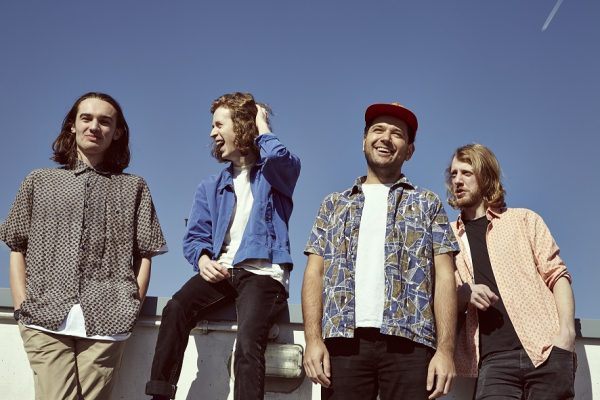