Poet, rapper, singer, songwriter, musician, writer, screenwriter, actor, activist…. When trying to describe who Saul Williams is, it’s not really very clear where we should begin.  As an actor and co-writer he delivered the independent film Slam, which won awards at festivals in Cannes and Sundance.

If this wasn’t enough, he played a major role in the first Broadway hip hop musical, Holler If Ya Hear Me, inspired by the music of Tupac Shakur. He’s released four music albums, working with the likes of Zack de la Rocha, Serj Tankian and Trent Reznor.

Williams is currently finishing work on a multimedia project called Martyr Loser King. After the album, which will be released in January this year, he will follow it up with a graphic novel. 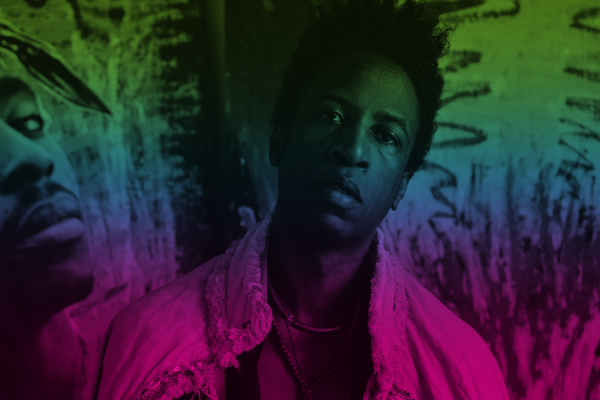