At his sold-out four-night residency at The Islington in North London last September, JC Stewart was surrounded by family, friends and fellow musicians – including fellow rising star Maisie Peters and JC’s old mate and collaborator-in-song Lewis Capaldi – the young artist from a farm in Northern Ireland raised the roof with his early single Have You Had Enough Wine?

JC’s career kicked off in the unlikeliest circumstances. “I was at a party in the Hollywood Hills with the likes of xxxtentacion and that was where I met Lewis. We looked at each other and we were both like, ‘We’re not meant to be here.’ ‘You’re Scottish.’ ‘You’re Irish.’ ‘Let’s go for a drink.’ It went from there, we just started hanging out and writing together. Then one night, we were there from midnight till four in the morning and wrote Hollywood. I never thought about it again. And then Lewis started playing it live, and it was exploding. It was this strange, organic thing. He texted me this morning, actually, and said: ‘That’s the weirdest session that’s ever happened.’ It was almost like it was meant to be.”

JC isn’t sure where this talent comes from, born John Callum Stewart, to be precise – JC Stewart was the name of the family firm, which ran a grocery business. As the fourth generation of JC Stewarts, the young musician was destined to continue the family business in Northern Ireland, but instead deviated on the road toward pop stardom. “My mum sings a bit, in a choir, just for fun, but nobody in my family is particularly musical. I was always singing, though. I wanted to be good at sports, to be a rugby player, but I just wasn’t. I could sing, but it wasn’t the cool thing to do but I taught myself the piano and here I am! ”.

JC’s writing may be suffused with heart-on-sleeve candour, but in person he’s a life-and-soul kind of lad that gets on with everyone counting Lewis Capaldi and Niall Horan as friends. It’s telling that, on hearing one of his new compositions, JC’s sister’s reaction was a bit of an eye-opener. “She turned around and said: ‘Your music is so depressing, you’re like a professional sad boy.’ And I said, ‘Shall be taking that!’ But it’s telling, too, that others have a quite different take. “My housemates call me Sunshine Boy,” JC continues. “So I’m working all angles. It depends which day you get me on.”

What that London residency demonstrated most powerfully was JC’s ability to connect. That’s a lot to do with the purity – of emotion, texture and delivery – in his music. There’s no grandstanding or fakery either to his songs or to his live performances: he writes, and sings, from the heart. The fact that JC’s writing – be his breakout introductory tracks Like I Did and Medicine, or, more recently, The Wrong Ones, Lying That You Love Me and his current single I Need You To Hate Me – is driven by classic pop chord progressions, pinpoint timing and an innate sense of songcraft is no coincidence. Since his mid-teens, JC has laboured long over the trade he has made his calling.

Something you notice immediately about JC’s songwriting is its ability to express deep emotion and universal truths in language that is consciously direct and uncluttered. Is he as good at doing that outside of a song, in everyday life? “No, I’m terrible,” he chuckles. “Actually, I think I’m bad at doing it in a song sometimes. The best of my songs are the ones where I genuinely do it; but a lot of the time I find it really hard to get there. You circle round it but you never quite catch it. I’ve got so much stuff going on in my head. Take for example, The Wrong Ones is a song I wrote after a year of failed attempts at finding “the right one”. It’s essentially an account of the different people I came across and at the end wondering if actually maybe I was the issue the whole time.

Ask him about childhood musical influences, and JC squirms. “I’d love to be able to say, ‘Oh, yeah, I listened to X, to Y,’ but I was so far from being the cool kid. I grew up listening to the radio so anything in the charts.”
What he’s learnt, he says, was that simplicity is king: great songs are about communication, about stripping back a sentiment and a melody so that they speak directly to people, with no filter, no distractions.

That ability to make a connection is quickly winning the hearts of fans and influential supporters alike as he approaches two million monthly listeners at Spotify. Radio 1 has emerged as a key backer, resulting in a playlist for Lying That You Love Me and a live performance for their virtual Big Weekend. Apple Music also tipped him as a rising star, when they named him as their new artist of the week. And the scenes he orchestrated his London residency have been repeated with shows as guest to Lewis Capaldi, Lauv, Anne-Marie, Maisie Peters and Freya Ridings as well as an MTV Push event alongside Yungblud, Raye and Lily Moore.

While his lyrics often hone in on the devastating minutiae of faltering relationships (both I Need You To Hate Me and Have You Had Enough Wine? tackled different stages of the same break-up), JC’s quick wit and self-deprecating sense of humour are immediately apparent. Those personality traits also resulted in him going viral on a global scale.

Bored during lockdown, JC filmed his quarantine-themed take on the Friends theme song I’ll Be There For You, singing, “It looks like we’ll be inside for a year/ Or it might only be a day, a week or months it’s really not clear.” It exploded after Jennifer Aniston shared it on Instagram. Suddenly it was featured on Good Morning America, and Nina Dobrev also shared it with her 20 million followers as it raced to five million views.

JC kept his profile riding high throughout the remainder of 2020, collaborating with 220 Kid for Too Many Nights, before he released his long awaited debut EP When The Lights Hit The Room. He wrote the EP with the BRIT and Ivor Novello Award winner Tom Odell, and together they crafted four emotive stories of the growing pains of young adulthood. He now looks set to become one of 2021’s biggest breakthrough artists, starting in January with boldest pop moment to date in the shape of the new single Break My Heart.

It’s clear that JC was born to do this and knows exactly how to play to his strengths. “The whole point is to make it quite big and epic,” he concludes, “but at the same time, I’m from a farm in Northern Ireland, so I want to keep hold of that too. I’m writing songs, and I’m doing my own thing.” 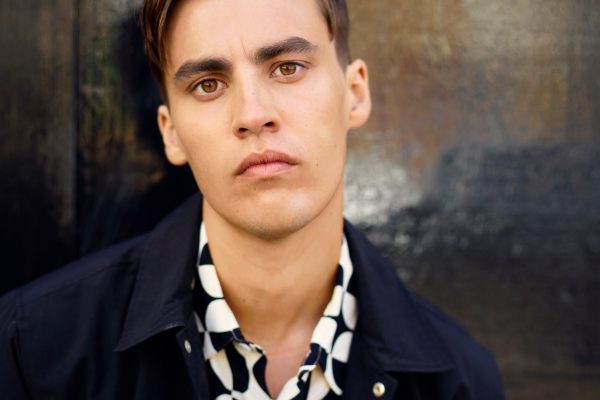